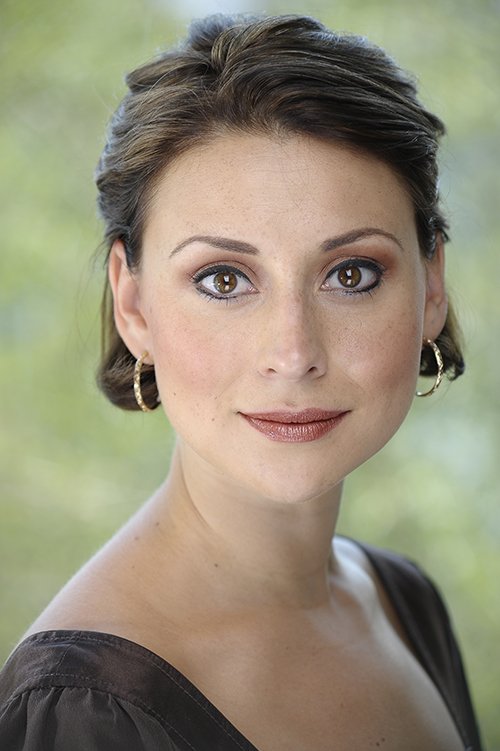 Jacquelynne Fontaine is currently playing the major role of Carlotta Giudicelli, an opera company prima donna, in the national tour of Andrew Lloyd Webber’s “The Phantom of the Opera.”

The award, which recognizes alumni of the last decade, was given to Fontaine for bringing honor and distinction to the university through her career achievements.

Fontaine is currently playing the major role of Carlotta Giudicelli, an opera company prima donna, in the national tour of Andrew Lloyd Webber’s “The Phantom of the Opera.” The production is currently at the Hollywood Pantages and will continue through Aug. 2.

Fontaine has won top honors in many vocal competitions. The soprano was a 2011 Loren Zachary Grand National Finalist, a semifinalist in the 2010 international Competizione dell’ Opera in Dresden and a 2009 Metropolitan Opera National Council Auditions Western Regional Finalist.

Recent operatic lead roles include Violetta in “La Traviata,” Susanna in “Le Nozze di Figaro,” and Donna Anna and Donna Elvira in “Don Giovanni.” Equally at home in musical theater, Fontaine’s credits include Countess Charlotte in “A Little Night Music” with the Indiana Repertory Theatre, Ragazza in the world premiere of the musical “A Room With a View” at the Old Globe Theater in San Diego, and Baroness Elsa Schrader in “The Sound of Music” at North Shore Musical Theater, for which she earned a Independent Reviewers of New England nomination for Best Supporting Actress.

Fontaine was named Singer of the Year by the Los Angeles chapter of the National Association of Teachers of Singing. She has taught voice and piano since her Cal Lutheran days.